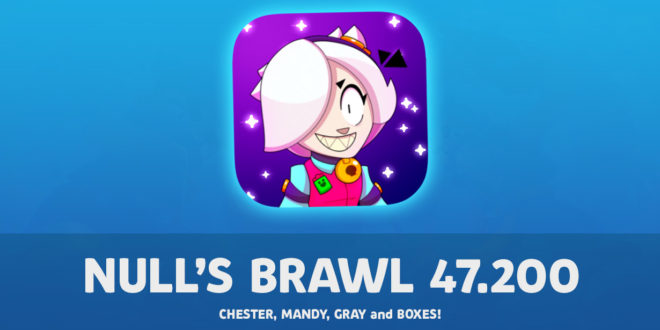 An updated version of Null’s Brawl 47.200 with new brawlers and many new skins is in development.

There are a lot of questions on our social media, when will the new version of Null’s Brawl come out? A great question that arises immediately after the release of Null’s Brawl. Standard try to answer it, that we start updating the client, when the official version of the game comes out. After which we begin studying the updated source files and start adapting our server. Since version 47.200 with large changes will have to work. As you may have noticed, removed the chests and changed the way to get brawlers. But this is not our option, as brawlers can get faster and pump them. So soon we will adapt the logic of combat for the new brawlers and add skins, and later finalize all the new functionality.

Our team decided to leave the boxes in the game. On our server you will be able to open crates and pump brawlers on the new system.

At the moment the current version of the server 47.200 , as soon as the new version is ready, you can download from the link above.