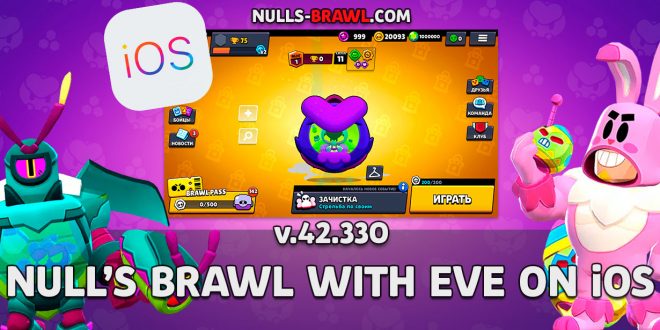 Update the Null’s Brawl client for iOS devices to version 42.330 with Eve.

The new version of the server is now released not only for Android devices, but also for iPhone and iPad. This version with a new fighter Eva, new skins and game modes. Updates have also touched other fighters, icons and gadgets have been added for them, as well as a fresh balance change.

In a previous post we have already covered all the innovations, you can read it here.