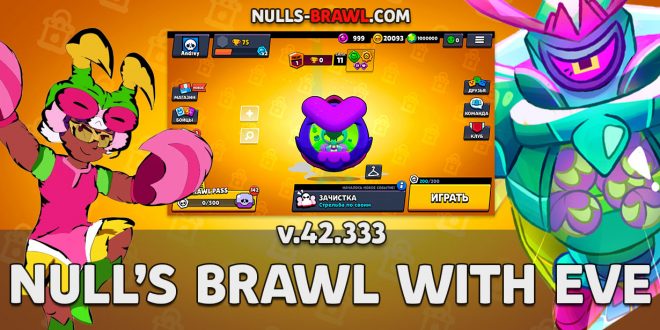 Update Null’s Brawl to version 42.333 with a new brawler Eve, as well as new skins and game modes.

Another quick update of our private server on the famous game with a new brawler and other innovations. This update is a full-scale, which is fully adapted to Null’s servers. One of the big things for many fans is the new brawler, Eve. A chromatic brawler that will appear in the new season in the official client. But from us you can already get the new season, new brawler, lots of new gadgets and skins.

Eva is a brand new brawler with a new unique ability to interact on the battlefield. She is a certain little sucker who joins Ruffs company. Her most important feature is moving on water, and she attacks with eggs.

This way not so powerful character can introduce new and interesting tactics. Animation and combat techniques are fully adapted to our fighting logic for all brawlers. That’s why it’s with us you can play Eve in advance and train your skills for the upcoming battle in Brawl.

In the image above, you can see all the new images for the brawlers. And that’s not counting the silver and gold skins that have also been added. All images are incredibly cool, but in the normal brawl to get them is extremely hard and not cheap. We, on the other hand, have no paid features on the server and all the innovations are available to everyone who wants them.

A total of 9 individual appearance and 8 color skins were added to the server. Also visual changes were made for Mecha Paladin Surge and Ember De La Vega. 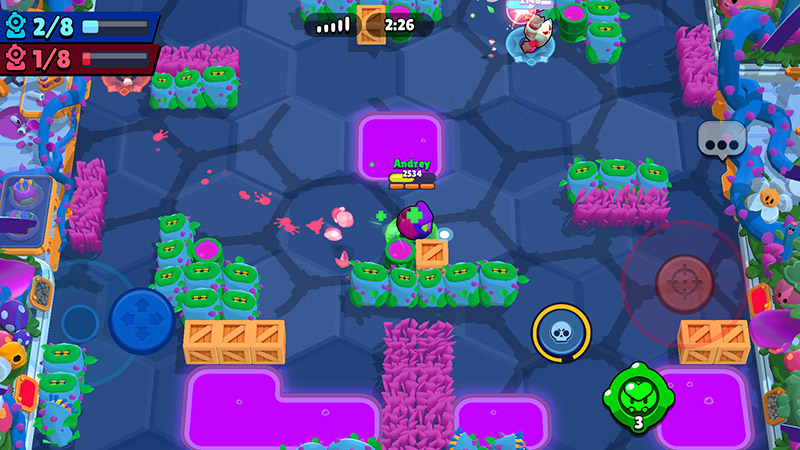 One of the new game modes is already fully ready and you can play it on our server. Called Wipeout where you play 3 on 3, for each enemy you get a point, which team will score 8 points, he won. Elementary and simple, so this mode becomes more excitement.

Payload is the second game mode, it has already been added to the rotation. This mode is also 3 on 3, where you have to push the wagon and whoever gets it to the finish line first, he wins. So we are the first to add almost all game modes to the rotation, which is not even in the main brawl yet.