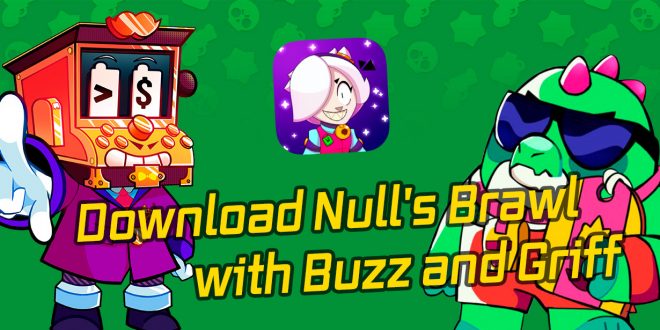 Null’s Brawl update with new brawlers Griff and Buzz, one of them is not yet in the official game.

The long-awaited update is already available for download. Lots of new skins, maps and game modes. The Null’s team has been hard at work for days on this update, so appreciate the work in the comments. The update was delayed due to the lack of Griff combat mechanics in the game files.

This character has not yet been released, so the game files contain only a 3D model and his images with texts, but there is no data on how he attacks. Therefore, based on the videos leaked on YouTube, it was possible to analyze his attack method, and super. Roughly speaking, everything was created by hand based on our new logic of battles.

Otherwise, everything that was added in the new version was introduced. For example, 30 skins, football and summer themes, it makes no sense to list them, you can play them on the server. Added new types of elements to maps, in the form of healoks and others, you can try in the map editor. Added a new 7th season and all its innovations, with new maps and modes. Basket Brawl, Volley Brawl, etc. We also did not forget about the optimization of the installation file, made it as easy as possible, deleted unnecessary files, in general, they only made it better.

Previous Null’s Brawl with Griff and Buzz – When? (v.36.253)
Next Improvements on the Null’s Brawl server before the upgrade with Ash