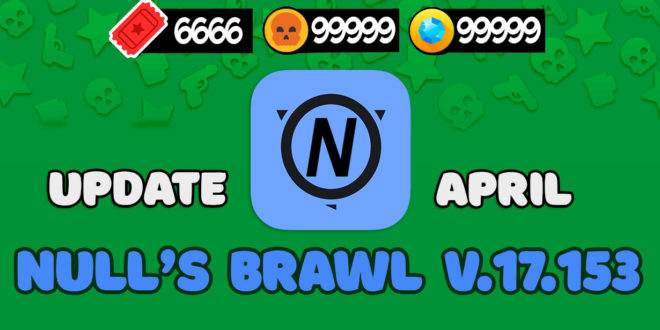 We’re glad to make you happy with our Null’s Brawl server update to version 17.153. Added a new brawler Rose, a dark theme, a of color name change and much more.

Today our guys reported that they completed the update and Null’s Braw v.17.153 is ready for release. We did not wait a minute and immediately began to update our server. At the moment we have completely switched to the new version of the client. To upgrade, you do not need to delete the old version, just install over the old one.

There is a desire to play a new brawler Rose? You can open it in the boxes and upgrade to the level. Also, for ordinary players, you can get star power from the boxes. Accelerated teams are available for premium players “/unlock” и “/full” (full list of commands).