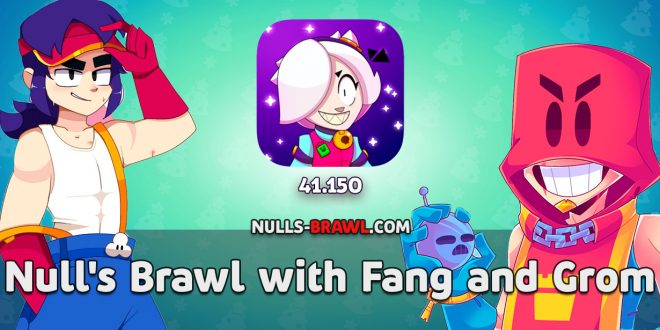 This time it is not the fastest update of our server. All because it took a lot longer for the game developers to fix the in-game bugs. Because of this, we simply could not proceed to adapt the server to laggy version. After several updates and a dozen technical breaks, all fixed and we began work. Of course, in advance Null’s Team studied the brawlers and their logic of combat, so their implementation began immediately. Everything was successful, Fang and Grom successfully acclimated to the server and received star powers, gadgets and gear.

Already managed to try themselves in a duel, but could not play in this mode Fang and Thunder? No problem, on Null’s Brawl you can not only play these brawlers, but also immediately equip them with star power, gadgets and gear. We remind you that you can pump your account in two clicks, using the boxes in the store. Well, in order not to lose your progress on the server, just link your account to the VK page, through the settings.