Our team has started developing a new version of Null’s Brawl 32.142 with Byron and Edgar. The update is coming soon, are you waiting?

The new version of Brawl Stars with the December update has already been fully explored by us.Therefore, we started adapting our machine server. At the moment, there is already the first version of the server, which is being tested. After a positive test, we will adapt our servers for online battles and only after that we will publish a new version. In the new version, we have added cool New Year skins and 2 new fighters. 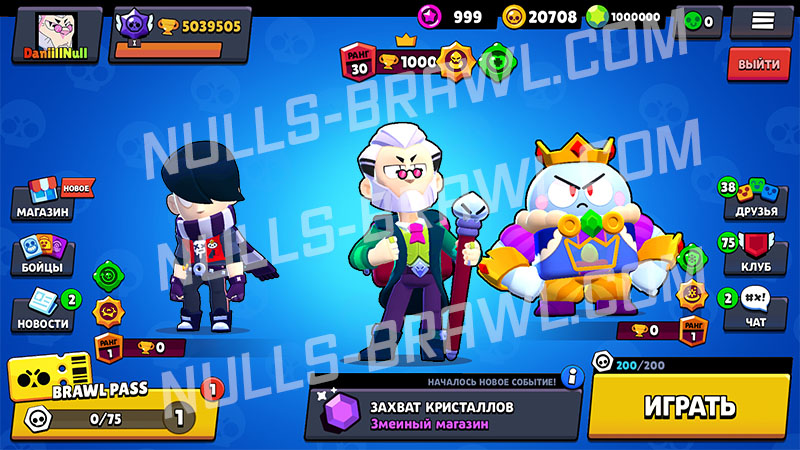 As we wrote above, the pouring team was able to launch the preview version. The update is very cool, new skins and 2 brawlers will perfectly dilute our leaderboards. Compared to the previous version, there are not many changes in the game client, but there is a lot of new content. In addition to the new balance of each brawler that we also want to include in the update, there are many small improvements. For example, reworking map creation, where minor improvements were added, in the form of cells to simplify map creation. Many small and important bug fixes. And finally, a new New Year’s game mode, stealing gifts, which we will try to implement in the near future.