The Null’s Team has been working hard on the servers for the past 2 months, where they’ve been making improvements almost every day. So, what’s new there?

Before introducing the new combat logic, an incredible amount of work was done. Rewritten virtually all the code and implemented almost all the functionality of the game. The list is very long, so be prepared to study what has been added.

In addition to improvements and bug fixes, the Null’s Team managed to run a video clip right on the game’s map. As the basis was taken the famous clip Bad Apple, and what came out, you can see in the video below. 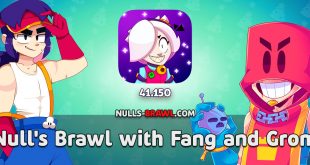 Before updating Null’s Brawl with Lola, a lot of work was done on bugs and …